Ten years of learning from our mistakes – February 2017 Newsletter

Our one big, ongoing mistake since we set up the Lean Institute Africa (LIA) ten years ago: we did not make enough mistakes.

So, we started making LIA mistakes ten years ago. I’ll get back to that but first want to reflect a bit on what else happened in 2007.

Here are some reminders of some of the things that happened in 2007. Do these pics bring back some memories? And any mistakes? Yes, he was still doing his job as 43rd POTUS Yes, he was still doing his job as 2nd POTROSA Yes, she was ‘Minister’ of Health back then Yes, Dolly was cloned that year Yes, he was there and launched the iPhone So, 2007 was an interesting year. But look at what happened in the lean world that year. My best ‘mistake’ of these past 10 years was probably the invitation to Dan Jones to be keynote speaker at LSA2007 and letting him loose: as the LSA2007 drew to a close on the afternoon of Friday 28th September, Dan took the floor and pointedly asked the audience of some 300 enthusiasts ‘What do you want Norman to do, going forward?’ And they replied, ‘Start a lean institute.’ There was then some discussion about the name: both ‘Institute’ and ‘Africa’ found favour. (We agreed then that as soon as another African country founded a lean institute we would change from LIA to LISA.) Obviously, I had a lot of support in organizing LSA2007 and getting LIA started, with the actual legal registration taking place in 2008. But we are claiming 2007 as our birth year: come September, we are 10, along with the Lean Global Network!

I won’t try your patience by recounting our mistakes. But they are too few! One learns so much from mistakes. I learnt so much from our first big health contract when we worked with a team of seven introducing rapid improvement to 18 hospitals all across the country. Our subsequent work with the Gauteng Department of Health (GDoH) greatly benefited from those 2010 mistakes, and the GDoH mistakes are helping current work be better still. Our approach to A3s has also changed significantly, now strongly emphasizing coaching and people development. Also, our movement away from a ‘tools + thinking people’ approach to ‘lean is a management system’, and a focus shift from the ‘shopfloor’ to the ‘leadership team engaging with the shopfloor’ is based on learning from mistakes.

What would you like to tell us about our mistakes or otherwise of our nearly ten years? Or the ‘lean mistakes’ you have been involved with and learnt from? We have always found our best learning comes from hearing about mistakes. Jim Lancaster has recently written a book about his. It takes courage in a culture of hiding mistakes to see them as lean practitioners aim to see them – as opportunities for improvement to be seized on. I would love to hear from you. In the meantime, I just want to say, come September, ‘Happy 10th birthday LIA!’ 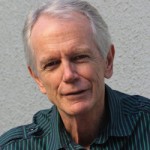 PS: I will be going to the Lean Global Network 10th birthday celebration in Nagoya, Japan in October when the 18 members will gather to reflect on mistakes, learning, and how to contribute more value to the people of this planet. I look forward to reporting back.

PPS: We have some exciting new courses in the pipeline:

Click the links above to learn more about either.