Gemba … The Scene of the Crime 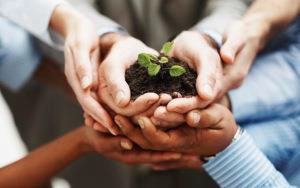 Gemba, Heijunka, Jidoka, Kaikaku, Kanban, Muda, Poka-yoke… At a meeting of Lean Global Affiliates there was a discussion about the pros and cons of using Japanese terms when introducing people to Lean and Toyota Production System principles.

And probably not entirely unexpected, there was little support for their general use, except for one.

The word that came through unscathed was ‘gemba’, a word that I’ve always explained as ‘where the actual work takes place.’

In penning this article I went looking for other translations of the word, and found several versions. Liker & Hoseus in Toyota Culture: The Heart and Soul of the Toyota Way defines it as ‘where the work is done’, the Lean Lexicon (an LEI publication available through www.lean.org) terms it ‘actual workplace’ and Wikipedia calls it ‘the real place’.

On a visit to Cape Town, John Shook, renowned Lean specialist and CEO of the Lean Enterprise Institute, added a whole new dimension to my understanding of the word gemba. John worked for Toyota for eleven years, five of them in Japan itself in the 1980s, and is fluent in the Japanese language. According to him, in Japan it is commonly understood to mean ‘the scene of the crime.’ So a manager doing a ‘gemba walk’ is going to the ‘scene of the crime’, to the specific place where problems are experienced; it is not a ‘courtesy call’ with the general shop floor!

My Japanese sensei, Takeyuki Furuhashi, told me how Taiichi Ohno, the creator of the Toyota Production System, would demand that his factory-based managers spend their time at the gemba. But they were much intimidated by him and they would post a look-out for his approach to the plant; on the signal that he was arriving, they would scatter from their offices into the plant. He would then battle to find them, which was of course their aim; when he did and would scold them, they would claim that they were simply following his instructions by being in the gemba.

So Ohno devised a new injunction: genchi genbutsu. Furuhashi-san tells me this means ‘go to the actual site where the problem is being experienced.’

So it is the injunction to do a gemba walk! Liker and Meier define genchi genbutsu as ‘going to the actual place’ (Toyota Talent: Developing Your People the Toyota Way, 2007) but Liker and Hoseus explain it more fully as ‘going to the source to find the facts to make correct decisions, build consensus, and achieve goals at our best speed.’ (Toyota Culture, 2008)

Remember the exhortations for ‘management by walking around’ (MBWA)? Contrast the gemba walk idea with this definition of MBWA: ‘Unstructured approach to hands-on, direct participation by the managers in the work-related affairs of their subordinates, in contrast to rigid and distant management. In MBWA practice, managers spend a significant amount of their time making informal visits to the work area and listening to employees. The purpose of this exercise is to collect qualitative information, listen to suggestions and complaints, and keep a finger on the pulse of the organisation. It is also called management by wandering around.’ — businessdictionary.com

Clearly, gemba walks/genchi genbutsu is about as far removed from MBWA as a detective visiting a crime scene is from the same detective doing a courtesy call on a friend. This is also aptly illustrated in the book by Jim Womack entitled Gemba Walks. With an overview of tools and theory told through stories and explorations of real events, the book invites readers to tackle problems on an immediate and personal level. In so doing, it gives courage for beginners to get started … and for veterans to keep going.

This article originally appeared in TRACCtimes, a monthly newsletter published by CCI Pty Ltd, the originators of the TRACC Value Chain Improvement Solution.