Lean Institute Africa Collaborator Blog: Charmaine Cunningham
A successful economy is dependent on a population that is healthy enough to work.  The health system in South Africa is responsible for supporting and promoting health, whilst treating and preventing illness, but it is unable to meet the growing burden of disease.

In the Western Cape the public health system provides chronic medication to 200 000 patients each month.  Queues to collect medication start at five in the morning and people are frequently known to queue for eight or more hours.  The people queuing for medication may be elderly, disabled, sick, or they may have to bring their children with them because they do not have childcare.  Patients are forced to take time off work. This means they sacrifice their wages, spend money on transport and lose out on productive time due to long waiting times.

The failure to meet health outcomes is apparent in informal settlements such as Khayelitsha where the population that is reliant on the public health sector is large, dense and they are mainly from low-income households. 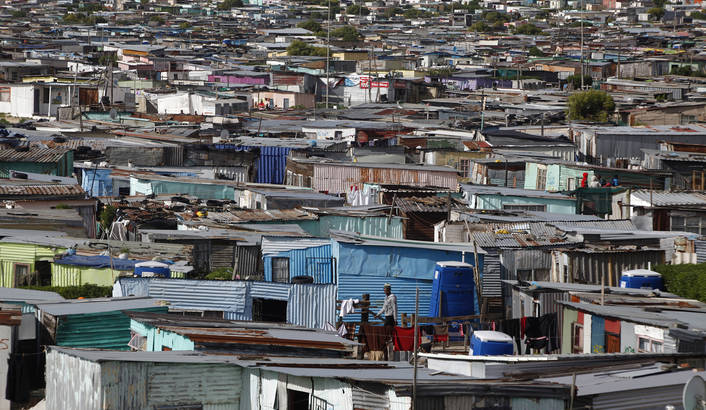 Khayelitsha is reputed to be the largest and fastest growing township in South Africa.  It is one of the poorest areas in Cape Town with a median family income of R20 000 per year.  The most common forms of employment for residents include domestic work, service work, skilled and unskilled manual labour.  With high levels of unemployment, it is estimated that 89% of Khayelitsha households are either moderately or severely food insecure.  Khayelitsha has the highest rate of murder, aggravated robbery, assault with intent to do grievous bodily harm and sexual offences in South Africa.  And surprisingly, it has the lowest police to population ratio in the Western Cape.

Enter Sizwe Nzima
After matriculating in 2009, Sizwe Nzima completed a course as a legal secretary, only to join the large number of South Africa’s unemployed youth.   ’Youth’ (aged 14 – 35 years, as categorised by the National Youth Policy) represent 55% of South Africa’s population, and 60% of them are unemployed. 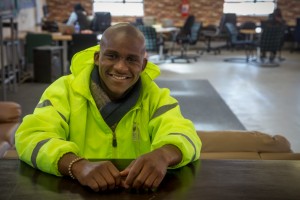 Sizwe Nzima was not prepared to give up his dreams of having a job and being successful. In 2012 he was accepted as a student at the Raymond Ackerman Academy of Entrepreneurial Development, based at the Graduate School of Business.  Scavenging newspapers for ideas at the Academy, he read about the difficulty that patients face collecting their medication from public health facilities and the difficulty the health facilities have in meeting the needs of their patients.  He was reminded of his own experience collecting medication for his grandparents, with whom he grew up, and so a business idea was born.

Iyeza Express, a bicycle courier service collects medication from the day hospitals in Khayelitsha Site B and Harare delivering it to the patients’ doors.  No more waiting in long queues for the day. Initially Sizwe Nzima worked by word-of-mouth referrals, charging R10 a delivery.  R10 is a lot of money for some residents and the profit margin for Iyeza Express is tiny. Fortunately Sizwe Nzima has managed to secure financial sponsorships. 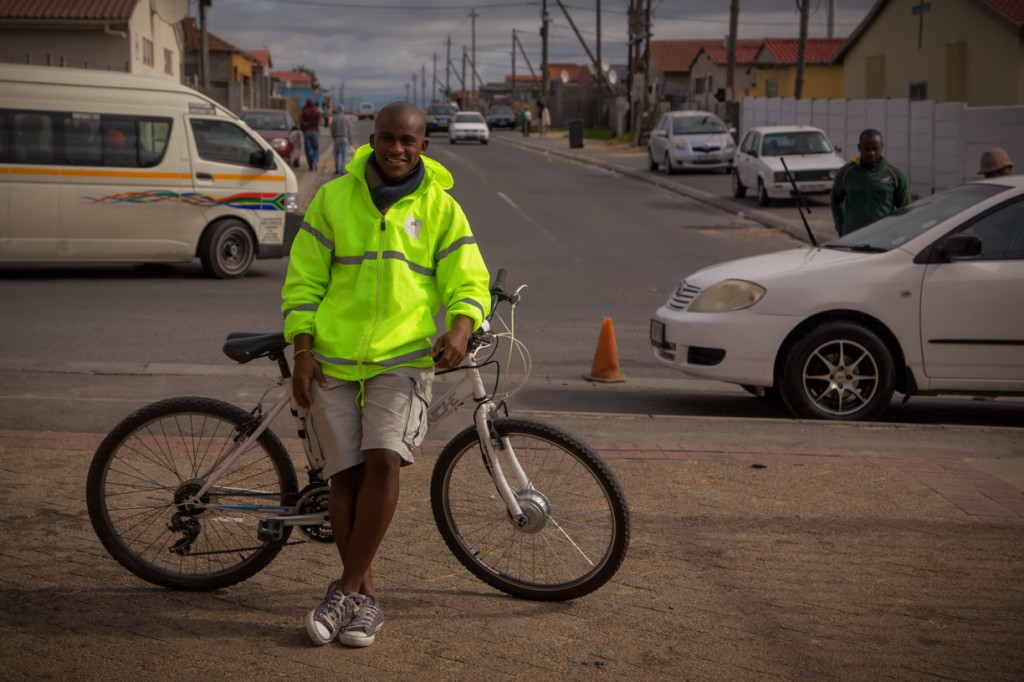 Mr Nzima is currently in negotiations with Western Cape Department of Health to assist his work through funding from the budget for the Chronic Dispensing Unit (CDU).  The CDU’s goal is to alleviate the crowding of approximately 47 000 patients per month by delivering medication to patient homes.  And Iyeza Express has an advantage over the CDU in Khayelitsha: Local knowledge. Informal settlements have limited street name signs, house numbers, and maps of the area are incomplete, certain areas are difficult to access and local knowledge of potential dangers is important.  The large geographic area that CDU needs to service creates new challenges of timeous deliveries, fuel costs and distances covered over many areas within the Western Cape.

Iyeza Express addresses one of the biggest frustrations to both patients and healthcare workers: waiting time.  Iyeza Express has increased patients’ accessibility to healthcare and arguably affordability (by taking out their transport costs, and removing the need to lose wages through hours spent waiting in queues).

Why it matters on a macro-economic level
Brain drain, staff shortages, burn out, low attrition rates after studying are common factors hindering the public health sector’s ability to serve community health needs.  Doctors and nurses are expensive to train and it takes several years before they are competently trained. Waiting for enough qualified health professionals to save the day is simply not a viable option. Thus, investing in training more health workers is only part of the solution.   Supporting and using innovative local community members must be another part of the solution.

In May 2014 a new ministry for Small Business Development was established and in November 2014 its Minister, Lindiwe Zulu, unveiled a target for raising the GDP contribution of small, medium and micro enterprises (SMME’s) to between 60 – 80% over the next 15 years.  Current contribution to GDP is 35% and the global average is 45%. She has also set goals to reduce some limiting factors in this sector such as reducing red tape and regulations.  This makes it easier for people such as Mr Nzima to develop ideas and grow enterprises within the economy.

The government does not have the capacity to resolve unemployment on their own.  South Africa needs innovators in the informal settlements that can create hope and set an example to the youth.  Sizwe Nzima is such a person: an inspiration and mentor. He has employed people to assist him in his social enterprise, thus directly impacting on unemployment.

Final thoughts
I’m inspired by Sizwe Nzima’s story and it shows us that where there is a will there is a way. I think that he is courageous and I’ve enjoyed learning and reading about him.  I’ve included a link to an interview with him by ‘Kaelo Stories of Hope’.  I would recommend watching it for a good dose of inspiration.  https://www.youtube.com/watch?v=Z-_1qXbZ4x8

Healthcare is a dominant economic and political issue.  In South Africa healthcare is a constitutional right, however inequity remains rife.  This inequity creates opportunities that only emerge when a current system is failing.  We need more grassroots entrepreneurs such as Sizwe to help our health sector become more efficient and effective in rendering care.

Read more about Sizwe Nzima and Iyeza Express at www.iyezaexpress.co.za